Last night in our Esther series which will soon be available here I referenced Confessing Church Pastor Martin Niemoller. He was an anti-communist who supported at first a reforming movement called National Socialism andits leader, a dashing figure with a gift for rhetoric called Adolf Hitler. Eventually he saw where it was heading, spoke out, and ended up in a concentration camps including Dachau. Look what he said: 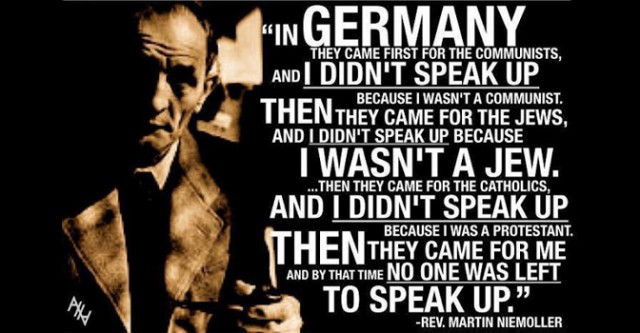 God’s people were in a desperate situation 2500 years ago in the Middle East. It looked like the end. Their days were literally numbered. That’s why the story of Esther is as fresh as today’s headlines, because we’re living in fearful days aren’t we?

An election year, reeling from social and economic crises that seem to have no end. Our nation is in a spiritual crisis, too – we’re desperate for a fresh move of God in our day!

I preached from Esther 3 as Haman’s hate was heading toward a holocaust and the passage said three things to me very clearly:

We should STAND UP for what we believe.

We should STAND ALONGSIDE those who are being persecuted.

We should never BOW DOWN to pressure to conform to what people think, rather than what God says.

We stand up for what we believe. Even if everybody else does it or says it, a Christian has to first ask, ‘What does God say? What does God want?’ As has often been said, “If we don’t know what we stand for, we’ll fall for anything.”

Then, remembering those words of Niemoeller, Christians should never be known as the haters, the racists, the bigots. Jesus summed up the law in two statements so we can judge everything we do and say by them: 1) Love God 2) Love your neighbour. Questions?

It’s to the everlasting shame of the church that so much terrible anti-semitism and the crusades were committed in the name of Jesus, a Jew, who commanded us to not stand against them but Stand with them, even though ‘they’ are of a different race, history, sexuality or opinion. We are to go and do like the Good Samaritan. When you see them isolated hurting and battered – go toward them and help them at cost. Go and do likewise. Cross the road toward them, don’t walk away.

And now who are the most persecuted people in the world these days? According to the International Society for Human Rights, a secular group, 80 per cent of all acts of religious discrimination in the world today are directed at Christians, that was a year ago. Things since then have got a lot, lot worse. The Centre for the study of Global Christianity in the United States estimates that 100,000 Christians per year are killed simply for being Christian. That’s 11 an hour for a decade!

Christians face official discrimination in 139 countries. In Malaysia, for a Malay to become a Christian is a crime. In Saudi Arabia to have a Bible is punishable by flogging. In Pakistan the way to get rid of a Christian neighbour you don’t like or seize his business is just to accuse them of blasphemy against Allah. In India Christians are regularly murdered by extremist Hindu militias; in Iraq the number of Christians has been cut from 500,000 to less than 100,000. The last Christian has left Mosul after warnings from ISIS to convert or die. In Syria, in Libya, it increases, in Nigeria the killing of Christians by Boko Haram while churches burn has become so routine it’s no longer even newsworthy.

Perhaps  a question you might ask of someone asking for your vote this year would be, ‘What are you going to do to help and protect the most persecuted people on the planet?’

The Middle East, the birthplace of Christianity, is now perhaps the greatest battleground for Christians, as it has been so many times in history. This week we’ve all seen at least something of the murder of those 21 Christian young men, all in their early to mid-twenties on the beach, by ISIS?

They were members of the Egyptian Coptic church, one of the most ancient churches in the world. A tutor of mine at theological college had the cross tattooed  on both hands at his ordination in his order, so that he could never deny Christ under pressure. ISIS YouTubed their evil as they beheaded those ‘people of the cross’ – in their early to mid twenties, on a Mediterranean beach. 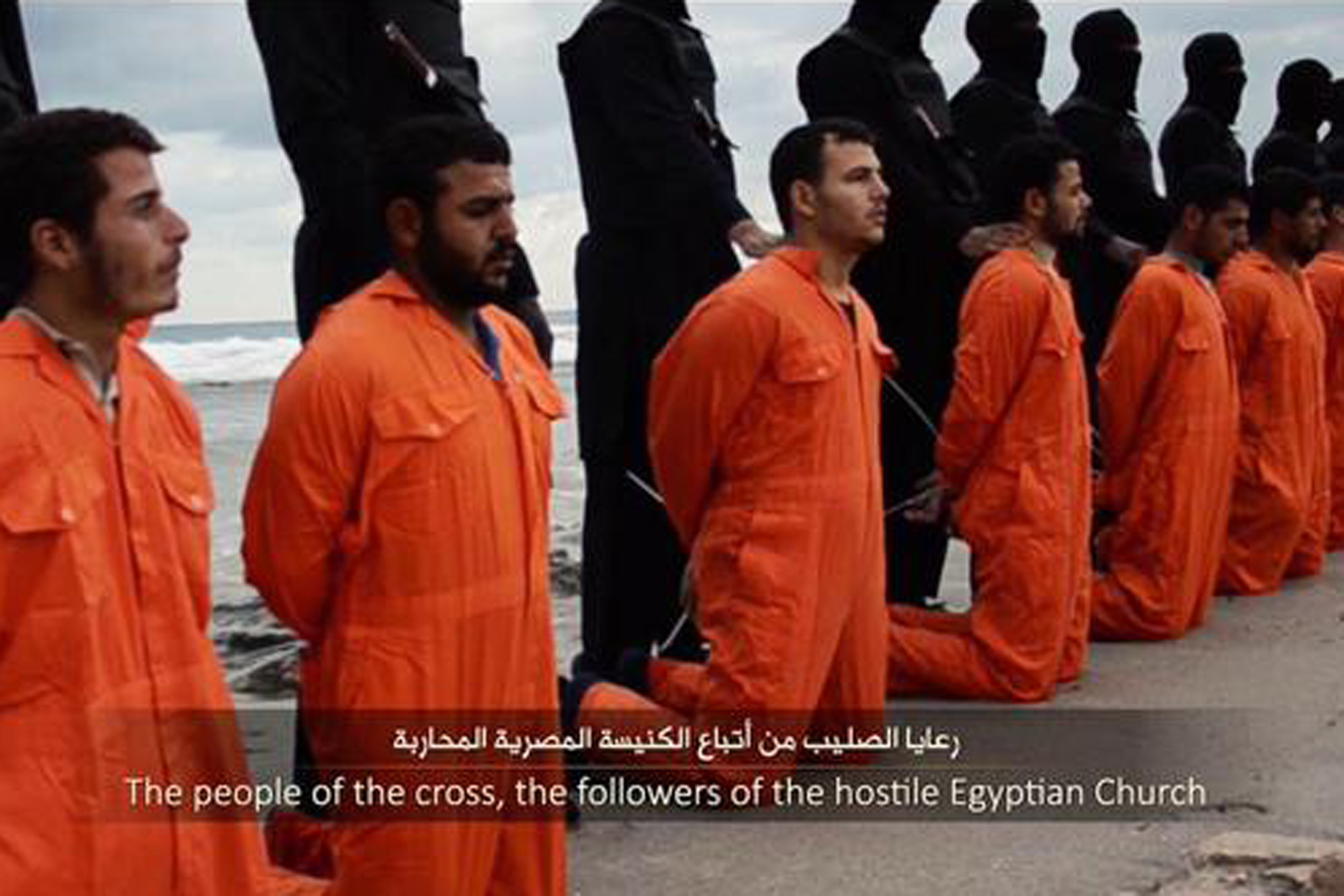 What has not been widely reported by our media is just how Christian they really were, that martyrdom is not just something that happened in history, that they were selected and killed because they said Jesus is their Saviour.

Those who have watched, like their families, see the men who died are singing and praying to Jesus. While the killers digitally enhance themselves to make them loom larger, the most powerful people on that beach are not those standing with knives, but those on their knees.

The brother of two of them was interviewed in Egypt and says he was glad to see them singing and saying his last words together with friends, ‘Lord Jesus Christ’. He said, “Since the Roman era, Christians have been martyred and have learned to handle everything that comes our way. This only makes us stronger in our faith because the Bible told us to love our enemies and bless those who curse us.”

I said last night perhaps the reason those young Christian men could exude such peace under pressure is because their heroes of the faith are martyrs (like the Theban Legion), whereas ours are ‘Your Best Life Now’ prosperity pundits with perfect teeth?

The interviewer asked about forgiveness and what they would do if face to face with those who killed his brothers. He replied, “My mother, an uneducated woman in her sixties, said she would ask [him] to enter her house and ask God to open his eyes because he was the reason [her sons] entered the kingdom of heaven.”

Beshir then prayed for the killers: “Dear God, please open their eyes to be saved and to quit their ignorance and the wrong teachings they were taught.”

They had been tortured and told they’d go free if they denied Christ, but they would not. So they were killed on that beach. They had that Mordecai spirit that would not bow down to fear and hate. They stood up for what they believed – no matter what. They wouldn’t bow down to evil. And ultimately, that’s how we become more than conquerors. That’s what makes Christians overcomers. Not grabbing a sword and fighting back, but fixing our eyes on Jesus, whatever happens.