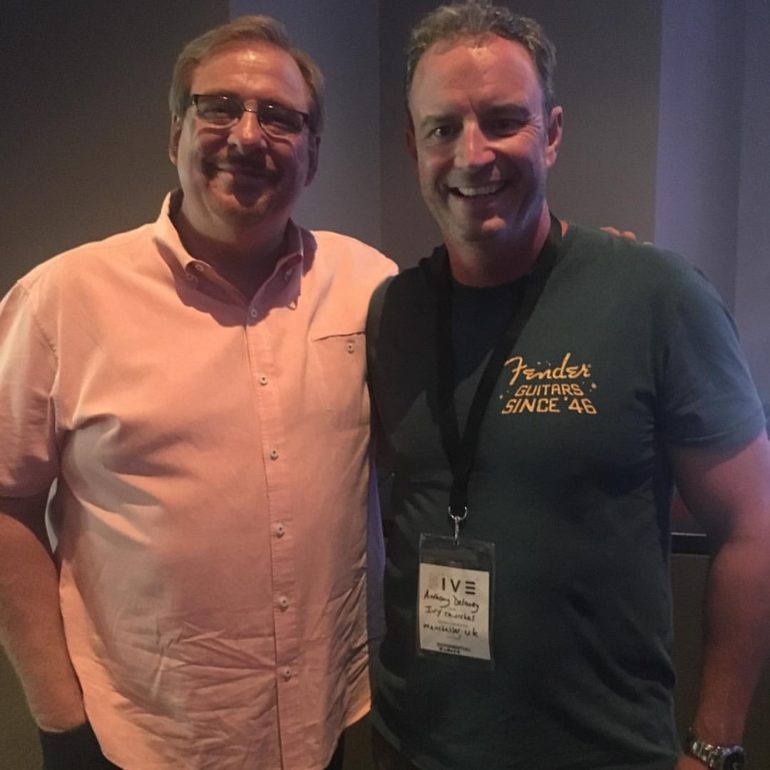 What a privilege today to meet and hear Rick Warren here at Exponential. He’s been an inspiration to me for twenty years. Most years at Ivy we do one of his ’40 Days’ journeys of some kind and they have really helped us. I think I have read more of his sermons, blogs and books than any other Christian leader (well, he puts a lot out there!) and so in that sense he has influenced me more than most. Here at Exponential the emphasis is of course on Church planting and what many will not know is that as well as being a Megachurch guy, he’s one of the most prolific planters on the planet. I was able to spend a little time with him today and I’m praying we can get him to come to Europe.

Here’s my notes on today’s talk: it was off the charts.

Should I grow or should I send?

There is a tension between attractional and missional and people have weighed in on both sides. Should I grow or should I send?

The answer is – BOTH!

The first public statement Jesus made to a seeker was “Come and see” – that’s low commitment; that’s our message to the community. To the non-believer, Jesus says COME.

But we never stay there – over the next few years he takes them to ‘Come and die!’ Then it’s ‘GO and tell!You need both.

Most churches reflect the Pastor. They become ‘Come’ or ‘Go’ churches as a result. But we need both. Come and Go.

You must get a system and a structure that moves people from come and see – to go and tell. Or you will end up fatigued.

You build a balanced church by…

1) Change the way you count

What gets rewarded gets repeated. Most churches only measure attendance. How many people come. But you don’t judge an army by how many are in the mess hall. How many are on the frontline? How many are in small groups? How many are empowered and equipped for mission. How many churches are being planted? I’d rather have ten churches of 100 then one of a thousand any day. Get another way to keep score.

2) Begin with the End in mind

When he started Saddleback they made a commitment to be a church planting church and to plant at least one church – a year. They did it in year 1 when they were less than 150. Year 2 they planted 3. And the churches didn’t have to be called Saddleback. GIVE IT AWAY – be an unselfish church. God always blesses that.

3) Build multiplication DNA in your church, from the start.

There’s no shame in being a small church, there is shame in having a small vision! Do you care about this stuff?

Acts 1:8 does not say you will be a witness in Jerusalem THEN Judea, then Samaria, then the ends of the Earth.  It says AND! It’s simultaneous.

Let your church be a mission agency. To have a church of missionaries, you must send people. This is not what we have received about how you get in solved in missions which was pray, pray, pray, study, study, study, give, give give – and then maybe you go.

Flip that! Just GO! Then when you have gone, you will WANT to pray, study and give!

Between bring them in and send them out, there are two other big goals; It goes –

What’s your system for this to happen? Get your small groups doing this. Preaching is not enough to send them out. God is a systematic God. Everything he does he does in a system! There is a solar system. Your body is none different systems.  The Body of Christ should have systems too. If you don’t have a system you will just get tired. Because it will all depend on you. So when you get more and more people you will either want to leave, or you’d better build a system.

What is the mark of maturity in a church?

Same as it is in a human.

The ability to reproduce.

A church is not mature, until it has had a baby. Even if it’s been there 150 years!

Mark 3;13 Jesus went up on a mountainside and called to him those he wanted, and they came to him. He appointed twelve that they might be with him and that he might send them out to preach.

The fruit of a church, is another church.

Every church is meant to have a glocal vision, come and see, go and tell!