How often have we gone to church or heard some teaching at a seminar and maybe we even thought, ‘Okay this is good stuff’ – but not changed anything?

Why is that? How many times like in the parable of the sower does the seed get put down, or in some of your work you’re going round throwing it out there and it’s getting pecked away, choked out, trampled down and NOT producing the kind of fruit it should?

Last week I read a fascinating book called The Talent Code by Daniel Coyle. He looks at how a tiny Tennis club in Russia has created more top 20 women players than the whole of the USA, how one woman has taught Jessica Simpson, Beyonce  and loads of other pop stars, how one island in the Dominican Republic produces the world’s best baseball players, South Korea all the best women golfers, how do we create talent, learn anything better and grow skill?

It’s all to do with myelin, whether it’s learning a language, swinging a bat or playing a violin.

Every time we do that, with focused intensity at the edge of our ability so we stretch ourselves, an electronic impulse signal is flashing along nerve fibres and myelin wraps around the fibres like insulation. If we fire the circuits the right way, myelin grows by wrapping more and more layers around, each adding more skill, more speed, so our movements and thoughts become broadband. 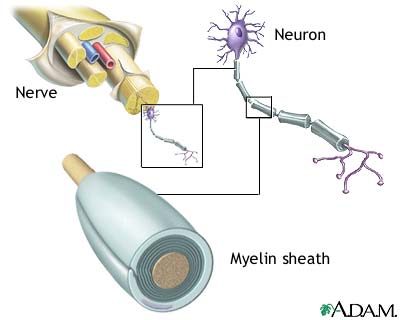 If someone has a disease like MS, it’s because the myelin sheath is breaking down – which is pretty much the only reason scientists took an interest in it until recently. But now we are learning how we can learn anything better and faster than ever by ‘earning’ myelin.

Whoever has, will be given more and he will have an abundance. (Use it to lose it!)

But if someone just sits there, passively, very little myelin is produced. (Think back to last Sunday in church, how much active learning was taking place?)

Myelin needs INTENSITY and ENERGY, so then you achieve your goal. You need to be able to get more energy, joy and even excitement. Because haven’t you been in those kind of places or at that kind of party where you can remember everything?

Our education system has been C20th, ‘Don’t talk to your neighbour, don’t move, don’t start anything till I tell you.’ That’s’ the problem – it’s why some of you struggled at school!

Because the C21st is not an assembly line, it’s not a factory. It’s not passive, and if you think like that it will leave you behind.

Learning in a passive state, with no ENERGY = no myelin. This is the way God made us! And the younger you are, the faster the myelin can grow, but nobody has to stop learning.

And if you use your body, love God with all your heart and mind and soul and strength, if you engage yourself, get passionate and excited in what scientists call a Peak State, that ignites the learning process. So if you learn in an environment where there is ACTION and you decide to SWITCH ON – look out! You just became a MACHINE!

And to get more energy you need to DO energetic, you have to move. That’s why I’m getting people who come along to the leadership training events and the talks I do nowadays to get up and not just sit there. With the music up to LOUD!

Because like the great Shaggy says, ‘You got to move it, move it.’