Ten years ago a friend asked Ben a question that changed everything. He said, ‘If money wasn’t an issue and you could do anything you wanted – what would you do?’

You may have heard that – but what a ‘more to life then this’ kind of question that is! An invite to a bigger life.

It matters to God.

God has bigger plans for our lives than just living.

But then he could see all the obstacles. All the ways he wasn’t in the best place to do this.

So – how do I make the best of our limited time?

And what’s the biggest barrier to that future?

Let’s look at a HERO first of all:

Were you into comics? Superheroes with amazing strengths and powers. Look at their origins. A kid ruled by fear – becomes Batman. Wolverine – a life of pain. The Hulk, will he conquer his anger and use his power for good? 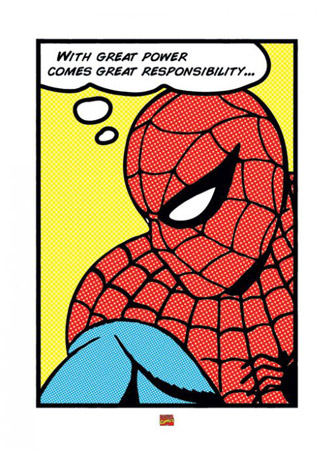 And Spiderman was the best. Teenage Peter Parker, bullied, no friends or girlfriend. A geek. He goes to the science expo and gets bitten by a radioactive spider. Then he finds he has these amazing powers and it’s like ‘What has happened?’ Where did I get that speed and strength. So what does he do with it? He becomes a wrestler! Beats all the biggest guys and he’s on the road to fame. What could be better?

But then a thief robs the place and he does nothing about it because he’s the star.

But the burglar later kills his Uncle. It’s the same guy he could have stopped it. The immortal line then?‘With great power, comes great responsibility.’

He’s not a perfect hero.

The question this poses is, ‘What if the biggest obstacle – is not some baddie, but you?’

Now look at a VILLAIN

He’s in Esther 6. Esther’s the new Queen of Persia, but a genocide is planned to kill all God’s people. She becomes the only person who can do something to stop it happening. So she takes her life in her hands, and throws a party.

It looks like Haman’s bound to win. The King’s command was final.

But (coincidentally) that night, the king couldn’t sleep. He gets people to read all about him, because he’s his favourite subject.

On that night the king could not sleep, and he gave orders to bring the book of records, the annals, and they were read to the king. 2 It was found written how Mordecai had told about Bigthana and Teresh, two of the king’s eunuchs, who guarded the threshold, and who had conspired to assassinate[a] King Ahasuerus. 3 Then the king said, “What honor or distinction has been bestowed on Mordecai for this?” The king’s servants who attended him said, “Nothing has been done for him.” 4 The king said, “Who is in the court?” Now Haman had just entered the outer court of the king’s palace to speak to the king about having Mordecai hanged on the gallows that he had prepared for him.

On one side of the wall you have the King looking to honour Mordecai – by coincidence? And then it just so happens his enemy is in the court.

Haman’s so wrapped up in himself here!

10 Then the king said to Haman, “Quickly, take the robes and the horse, as you have said, and do so to the Jew Mordecai who sits at the king’s gate. Leave out nothing that you have mentioned.”

Can you imagine his face?! He wanted to be seen, honoured, recognized. He wanted his power to bless himself.

His biggest enemy? It’s not Mordecai – it’s HIMSELF. He was the architect of his own downfall. He was defeated – by PRIDE.

Haman’s already the King’s number 1. But it’s never enough for him. He wanted a horse with a crown on it! He’s always thinking ‘What do people think about me?’

“Pride gets no pleasure out of having something, only out of having more of it than the next man… It is the comparison that makes you proud: the pleasure of being above the rest. Once the element of competition is gone, pride is gone.”

There are 2 kinds of pride. One says ‘I am superior to others.’

The other kind says, ‘Everyone’s better than me, I couldn’t do this or that – because people will look at me.’ Pride is your world revolving around yourself.

Humility is you revolving around someone else’s world. Getting into their life and focusing on them.

Pride is deadly. It makes you a fool because it stops you learning from your mistakes. You look for someone else to blame.

The humble are happy to receive correction.

You can’t be bitter without thinking ‘I am better, better than you.’

James 4:6 says God opposes the proud, but gives grace to the humble.

The biggest obstacle in my life has always been pride.

5 Let the same mind be in you that was[a] in Christ Jesus,

6 who, though he was in the form of God,

did not regard equality with God

as something to be exploited,

taking the form of a slave,

being born in human likeness.

And being found in human form,

and became obedient to the point of death—

even death on a cross.

and gave him the name

that is above every name,

10 so that at the name of Jesus

every knee should bend,

in heaven and on earth and under the earth,

11 and every tongue should confess

that Jesus Christ is Lord,

to the glory of God the Father.

Jesus was pretty important hey? He left heaven. He was the opposite of proud. So God exalted Him.

God gave Ben a personal word for this year. God said ‘Humility’ and he thought, ‘Oh no – can’t I pick another one?’

The humble trust God to exalt them. There’s power in humility. If we don’t get that, we will keep on being the biggest barrier to what God wants to do in our lives.