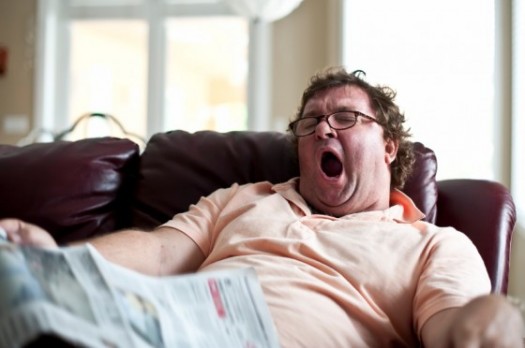 The Bible says if you want a great church – do nothing!

The Bible really says that.

We are in a series at Ivy right now called the Summer of Joy, going through the New Testament letter Paul wrote to the Philippians.

As I continued to study it, something he wrote to that church (which we learn later had false teachers coming from the outside and fall-outs on the inside) jumped right out at me.

What you have to do, to build a great church, perhaps the best thing you can do if like the people he was writing to you have disunity, dissensions and factions starting to develop – DO NOTHING.

Maybe some of you are really glad I say that because that’s what you want to do. But I don’t mean what you think I mean.

Maybe some of you Type As are mad now,  and you think that can’t be in the Bible.

The Bible says if you want a great church, Do Nothing.

Don’t believe me? Read it for yourself.

Paul in Philippians 2:3 says DO NOTHING –

But he doesn’t stop there. And neither should we.

Look how the rest of it carries on;

“Do nothing…out of selfish ambition or vain conceit, but in humility consider others better than yourself. Each of you should look out not only for his own interests but also for the interest of others.”

Humility is the key word which opens up joy to us in this passage. He goes on to describe the ultimate example (he might even be reminding them of a song about Jesus, maybe the first hymn) about how incredibly humble Jesus is to empty himself and go on that down, down, down, downward journey even to death on a cross – to reach into the mess of this world and save you and me.

How do I get humble? The problem is if I think I’m humble, I’m probably struggling with pride!

The only way I’m going to be humble is to humble myself and to do that this says I’ve got to say No to two things, and Yes to two other things.

1. Yes to others Importance.

I like how the ESV renders the word here, ‘Significance.’ True success is helping others live significantly. Let what they need be more significant than what you need or want.

A lot of people think humility means I put myself down, like that horrible character Uriah Heep, who Dickens wrote about. I stoop my back and rub my hands and pretend, “I’m only very ‘umble Master Copperfield.” But he wasn’t at all humble, and that’s not humility anyway. Humility is not considering yourself less important. It’s considering others more important

2. Yes to others Interests.

Ever been at a party where someone was desperately trying to get you interested in them? How did that go?

A young woman was taken to dinner one night by William Gladstone and the following evening by Benjamin Disraeli. Asked what impressions these two celebrated politicians had made upon her, she replied, “When I left the dining room after sitting next to Mr. Gladstone, I thought he was the cleverest man in England. But after sitting next to Mr. Disraeli, I thought I was the cleverest woman in England.”

What do you think it would look like practically if we turned off the station WIIFM (What’s In It For Me?), and instead looked to the interest of others?

What if we did nothing – out of selfish ambition, and vain conceit?