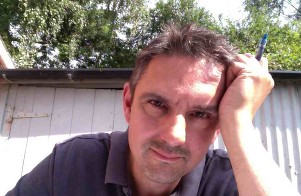 Last Sunday evening at Ivy my friend Mike Starkey brought some great thoughts on these three issues, here are my notes:

Most of the references to fashion in Christian history have been negative.

But our God is a creator, the source of beauty and colour.
Mike wrote a book some years ago about fashion – and was called the antichrist by a Christian who wrote to him for not lambasting fashion as being of the devil. She said that we are meant to be ‘not of this world.’

But does that mean we hide away from it? What does our clothing do?
Our clothing has a lot to do with our identity, increasingly in our society – years ago you had little choice about your place in society. You did what mother and father did, and wore what they did. People could read your status level from your clothing. When people bought clothes rather than made them. That has changed beyond recognition in our generation; technology has changed all that.

Teenagers got spending power, after the war – and were in search of identity. It became possible to buy an identity- off the peg. Subcultures you’d see in the media became available as an option for you to buy into.

We all buy into this! We are skilled at playing with the image we project – people are always communicating something about who they are, or what they are definitely not. Today’s city dweller sees more people in one day than medievals saw in a lifetime, so your clothing is a poster for your art when people walk past you.

People today are caught up in an escalating cycle of self consciousness. Self analysis has become the norm for most of us.  I can shape it through who I am and what I watch and what ‘people like me’ think about important issues.

Advertisers are selling me a vision of who I could be, if I buy a particular brand.

This is subtle, but very spiritual. We don’t notice it happening. And you’d hope when we come to Jesus we’d have the identity issue sorted out? But now there’s a whole new set of things to be self conscious of.
Should I still swear a bit to I show I’m a ‘cool’ Christian at work?

This self focus is a normal part of living now.
Naming it helps lift off the burden.

We can rediscover a sense of providence; which means ‘God is doing stuff.’

Genesis 24 – it’s the story of what happened before online dating.
But behind it all, God is working out his purposes.

The obvious solution to who Isaac should marry is ‘a nice local girl’ but Abraham knows Miss Right isn’t living round there. So he sends the servant off, and says, ‘Don’t forget – it’s not about luck. We are part of a bigger story!’ There’s an angel going too – but getting some other girl than God’s right choice would spoil the bigger story.

Notice – even before the servant has finished his prayer, along she came. Almost as if there’s a God!

Behind the scenes of human action there’s a bigger story being told. A deeper drama about God making a family and inviting people to be part of that. Something bigger than me is going on.
Always!
God is at work behind the scenes –
Always!
He is already doing stuff.
Stirring up dissatisfaction and needs. So I join in the missio dei.
Some groups in Christian history have emphasised providence, others free will.
Is it – ‘God has got a plan’ or have we got a choice? Look at Whitefield vs Wesley, they fell out over this.
It’s a false division! Both are true! God has a purpose and we are invited to participate in it.

Abraham said the girl will be free to say no. But it’s all according to God’s plan. How does that work?

We don’t know, except that we have a strength outside of ours that come from a story bigger than we could see.

Sometimes, we only see the story as we look back. The journey of faith is not me inviting God into my story. It’s me looking outward beyond myself. And saying ‘I want to play in your story.’