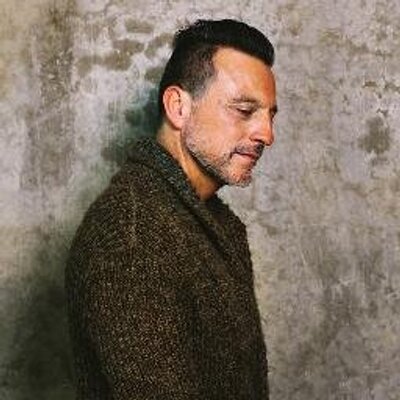 I have seen way too many people not reach their potential, but it’s unthinkable that Christians do that.

The words we use most end up having the least meaning for us.

Beautifying the bride? If you put a beautiful white dress on a bride with a leg cut off and bleeding, she’s not looking too good.

He is from El Salvador – which means ‘The Saviour’. Great address! But he grew up without much religious connection. God was an unreal object of frustration for his mother. He was interested in mythology, to try to work out what it was to be human, which led to a psychiatrist from 12. The psychiatrist asked him, ‘What do you see?’ That clued him into how people see differently.

He began to want to escape from a reality he didn’t like – for a science fiction fantasy world of his own mind.

Then his mother became a Christian, which was way out there to him. But the people in the church proved that love covers a multitude of irrelevance. Because there he came to Christ. Then he wanted to tell people about him, with the urban poor in the West of the US.

He realised that we are meant to not just read the Bible but live it out.

Ended up Pastor of a church in East LA, though he really shouldn’t have been. He knew so little, it did not go well. 6 years of hell. Then somehow the church got well known and he ends up on this Christian celebrity circuit. So he withdrew from that and started Mosiac in a smelly seedy nightclub. They kept moving so Christians didn’t just come along and spoil it.

Then when he was writing, some Christians who disagreed with him and said he was a heretic set up a website with a countdown of when they were going to kill him. And that turned his son away from faith.

And he did – very successfully. Applied the principles of design to life.

The church keeps desperately holding onto the past, to let go of the future.

At the same time as he went to go and talk to a girl who had lost everything, including her faith, the business bombed completely. He went to his wife and said ‘I have lost everything.’

She said ‘I thought I was your everything.’

He went to his church where he had been speaking out of momentum, not out of life, and said ‘I want you to watch how God can rebuild out of rubble.’

And the next day God spoke to him ‘Behold I am doing a new thing.’

How can you believe that on the worst day?

When you remember who God is and remind other people who He is.

Out of your brokenness and struggle.

Our anthropology about Jesus is keeping people from him. Instead of making church more relevant, make ourselves more human. We don’t need all the programs, we want people to be fully alive, because that’s what the world needs to see.

Are you a genius?

Well you learned one of the most difficult languages before you were three?

If you had moved to another country you’d have learned that language. It was childs play.

It’s adulthood that told you to colour inside the lines.

We get taught – you’re a sinner, in total depravity.

Did we get taught – you’re creative, in the image of God?

You’re part of his creative process.

Now faith is the assurance of things hoped for, the conviction of things not seen. For by it the people of old received their commendation. By faith we understand that the universe was created by the word of God, so that what is seen was not made out of things that are visible.

By faith Abel offered to God a more acceptable sacrifice than Cain, through which he was commended as righteous, God commending him by accepting his gifts. And through his faith, though he died, he still speaks. By faith Enoch was taken up so that he should not see death, and he was not found, because God had taken him. Now before he was taken he was commended as having pleased God. And without faith it is impossible to please him, for whoever would draw near to God must believe that he exists and that he rewards those who seek him.

Isn’t that unfair? What else in creation has to do anything to please God?

Antelopes and daffodils and sunrises don’t have to live up to any expectations. But humans cannot please God without faith.

Have we misunderstood faith?

It’s not living a superhuman life.

God is pleased with you when you live a human life. Fully.

What does it mean to be human?

When you get into ministry you are supposed to study humans. It’s great to have insights on the Bible, IF they are insights for our struggles.

Faith is meant to shift us from what he have (and can see), to what we hope for (and can’t yet see). It shifts us as a species from the past and present to the future.

We take faith and make it something bizarre.

But hope is only ever about the future.

Humans have this unique property no other species have; to materialize the immaterial.

Is faith meant to be argued for (apologetics)

Or is meant to be magical (what you feel)

No, it says this is what the ancients were commended for… they thought about creation and saw it before we lost our way. Faith restores to us what they saw. Because we see that the universe was created at God’s command – so that everything came out something, and we think the Bible says that something came of nothing, which God spoke into.

It says it all came out of something INVISIBLE.

Which was there in God’s dream.

God had an idea. He speaks and creates.

You were a dream in the mind of God before you took your first breath.

So shouldn’t you live out the dreams of God before you take your last breath?

What was God’s first job?

His initial occupation was artist.

He became Redeemer because of us

But he’s an artist by first choice.

So what do you think you were created to do?

Is it heretical that you can materialize the invisible?

Well- have you ever had a vision, a dream, in image of the world that caused you to act.

Why’s that in the Bible? Because it says because Jabal exists, we get tents, and steak.

And Jubal was the first guy to play a guitar. Before him, there was no sounds to communicate emotions. How did that happen? What did he make the strings from? Jubal sees some cat squashed by a buffalo and starts to work with it.

And we have passive faith that says ‘If God wants it to happen it will happen.’

It’s amazing that everyone who is doing nothing new says ‘There’s nothing new under the sun.’

But maybe Solomon was just having a bad day when he said that. Maybe he was wrong. That doesn’t mean the Bible was wrong. Just because he was.

You can believe Solomon who says ‘There’s nothing new’

Or God who says ‘I am doing ALL things new! My mercies are new! You’re a new creation! There’s going to be a new heaven and earth!’

God is trying to restore us to that real humanity. And the choices you make today shape your future tomorrow.

Evil men are not waiting for the future they envisage come to pass, while good men are waiting for God to act.

The Holy Spirit wants us to see a future so compelling we have to create it. To dream of a better world and dare to create it. Be the dreamers and visionaries of humanity.

Church is not meant to be amateur hour where people who can’t dance well in the world get to do it with ribbons. But we are meant to use all our gifts and talents for the good of all, not just the gifts of speaking and listening.

And Jesus’ command to make disciples was not about making Christians disciples. It’s meant to be about discipling the nations. That are not yet believers.

It’s better to have less control than death. The most organized places in the world are cemeteries. Maybe that’s why you have a lot of cemeteries next to churches.

You can counsel a whole lot of people from the front in a talk (in a general way) if you’re thoughtful about what you say.

What should you do?

2 Do the things you can be the best at. What you love. That will teach you to discipline yourself enough to be great at it.

Hard work will eventually be mistaken for talent.

Regret only happens because you know you could have made better choices, and looking back we see there was a better way.

I am amazed how many people say they follow Jesus but are in despair and depression. You’re imagining a terrible world. There’s no lion or gazelle going through a mid life crisis. The greatest thing you can do for God is be fully alive.

One thought on “FULLY ALIVE! My notes from @erwinmcmanus teaching day at WCA UK”