This week I ended up embroiled in discussion with some CofE friends via Facebook after I retweeted a Guardian article by Giles Fraser on how the best thing to do with dying rural churches is shut them down and sell them off (that’s my summary, follow the link to read it if you like). 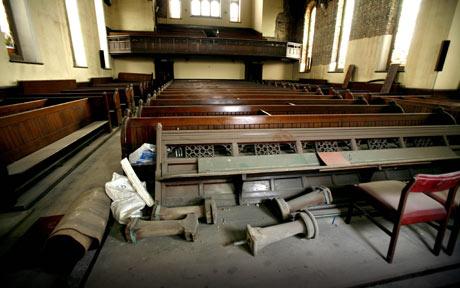 His idea can hardly be described as original, but it’s put the cat among the bats in the belfry. And here I risk offending even more than he has by commenting that talking about rural churches only is a hostage to fortune.

Would your community weep if the church was no longer there? I know some ministers who wouldn’t even weep if it wasn’t there! Places where the local dry cleaners would be missed if it closed more than the local church because at least that’s providing some tangible benefit.

Urban or rural, churches that are only relevant to those still attending but irrelevant to connect meaningfully with their local community will die, they can just take a very long time to do so.  Meanwhile a few caring relatives wring their hands because nobody wants to pull the plug.

I remember the then Bishop of Maidstone Gavin Reid telling us 20 years ago about a visit to an old building that could scarcely be described as church anymore where he told the two aged Wardens, “If you don’t change – this church will be dead in 20 years” Their reply? “Well, that’ll see us out.”

Jesus didn’t seem to have an issue with threatening churches with closure, check out Revelation for his ‘shape up or the lights go out’ notes to church wardens in some churches in Asia Minor that had lost the plot. Because this is not actually a buildings issue at all, it’s a discipleship issue. The churches we are building is totally related to the kind of Christians we are forming.

Last week at the Exponential conference in California I was privileged to hear and then be prayed for in a very powerful way by Mario Vega from El Salvador whose problems (if they can be described as such) are the total opposite of those much of the institutional church in Europe faces. 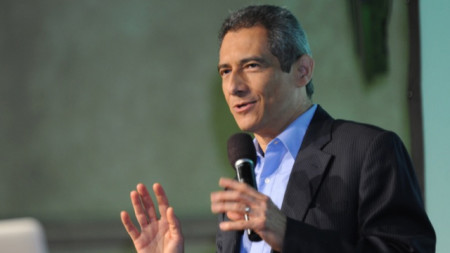 That Mario is a quiet, humble man shines through immediately you meet him. He is Senior Pastor of Misión Cristiana Elim, attended by over 70,000 people though when he joined in 1977 it had 25 people. His whole philosophy challenged me to adopt a completely different view of what we mean when we say ‘church,’ and as that changes how we see ‘members’  it will also effect how that relates to buildings.

What is the job of a leader? To keep old buildings open? To maintain or at least hold ground against the onslaught of secularism or whateverism? To keep spinning plates from falling? To pay the quota? To give out communion?

From what he said, even through an interpreter, I don’t think Mario would tick any of those boxes.

He said the key leadership rationale that drove him came from Ephesians 4:11-12

Q. How much of what you are doing right now is about equipping the saints, for their ministry?

He told us they grew to 3000 members. I think even most with mega-church ambition would start to put their feet up at that point?

Then they went to what they called ‘Cell church’ (yes I know you tried it, maybe you called it something else… but keep reading) they tripled from 3000 to 9000.

In a year. It went on to become the second largest single church in the world.
How come? What’s the complicated secret?!  It turns out to not be either complicated or a secret.

“Because the people were equipped to be leaders.”
There are three non negotiable elements in these groups:
Evangelism
Equipping
Communion

Everyone’s job? Do these three things. We just teach people to do those things.

Contrast that with strategies that withhold communion from God’s ‘ordinary’ people  and a recent very upbeat recent report by the Barna group that holds a lot of positives about how open people are here in the UK but still says more than half of non-Christians (54%) who know a practising Christian, have never had a conversation with that person about faith. How can we fix that?

Through their evangelism the El Salvadorians saw new people come in who were immediately started on a ‘Conversion to Leadership’ course. In week one they start to look at: Christian life, the Bible, prayer, baptism. They are immediately taught about evangelism, reaching friends and neighbours in their network of connections.

After three months – they have discovered what a Cell group is and does and been taught how to multiply.

They do this with everyone.

Everyone. “We don’t ask if they want to be leaders, because Ephesians 4 says this is our job – equip everyone..” (At this point I started to wonder whether I’d been reading the right job description)

Mario went on.. this next bit is key for anyone reading this who’s ready to throw the toys out of your pram saying, ‘Well I don’t want to grow a mega-church anyway.’ Enter some persecution and problems into the equation, see what happens to your church.

Vega continued, “When civil war broke out in the 80s, they were scattered, fleeing – and went to other places, like the USA. There they found out that the pastor did everything, and that wasn’t what they knew. So they did what they knew how to do anyway, reaching new people and multiplying groups. In LA they ended up growing to 50 people then started hiring buildings. In the first 4 years they planted 16 churches in LA. Then they moved out to other places and nations where they were asylum seekers – we connected to them really well, 30% of El Salvadorians now live in other nations. They go starting more and more cell groups because they won’t adopt a passive membership!”

(At this point I started to wonder whether we’ve all been reading the wrong job description).

He then read a list – three pages long – of states in the USA they have subsequently planted churches in, often many in the same city. Since April – I write in October – they planted 6 more churches in the USA. And they are planting in Canada, and in Europe… I couldn’t keep up with the places and as an ex police officer I’m good at taking notes!

How? “We have no multiplying plan – just multiplying leaders and cell groups. Wherever a new believer is made, a church grows in their home, and where you have 5 or 6 groups, you come together to rent a place to be a church plant.”

What challenges did he face?

The church is growing so fast the leaders rising up were not fully equipped to be Pastors, so now as emergency steps to keep up with the growth they gather the pastors together regularly and specially train them… “We are running to catch up with what the Holy Spirit is doing – like in Samaria, where the apostles went to equip those who were already practising the work of the Lord, retrospectively!”

Mario finished by saying, “We must equip every saint to do the work of the Lord. This is how the church grows organically. I have a poster on my office wall from the church in Brazil where they say: Every saint a minister – Every house a church!”

Is it too late for us to learn this lesson?

I hope not. I dream of and want to work, believe and pray that it’s not; that in Europe, in our generation, we might change whatever needs changing so we have Mario’s problem of catching up with too many leaders needing to trained as they rise up from the midst of a movement of evangelising sold out disciples scattering everywhere;  church as ecclesia meeting whenever and wherever the vision is best served, in gatherings small, medium and large, paid for, hired or free; whatever serves the Jesus mission best – rather than being hampered by too many old buildings being maintained at the expense of mission a little while longer, at all costs, or only open for Christmas.