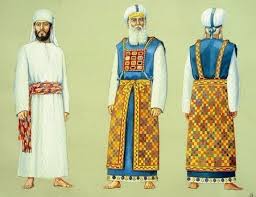 Crispin’s background growing up around church was that things would go great and the Spirit would move – the church would grow, but that was not sustained and that was often because of leadership dynamics, the way churches were led, with abuse of power at times, leading to unhealthy results.

There are some concepts to be grasped here that will need a lot of time to think through the implications of.

We looked at questions from the outset to open up the day such as;

What do we mean by the priesthood of all believers?

How do you figure out your calling?

Why did priests, and particularly the high priest, dress in particular special garments?

Why does bullying happen with the people of God?

What does it mean to be made in the image of God?

There is an old dualistic/ platonic view of what that means, which comes from Philo who tried synthesise various views with the OT creation picture. That only our spirit/soul/rationality are created in the image of God. That’s not a faithful picture of what Genesis 1 says.

The new view focuses on the ancient biblical context, where we recognise that it was addressed to Hebraic people. So the words in their original language andcontext mean. To Hebrews in the face of various other ancient near eastern worldviews such as those of the Mesopotamians, Babylonians Canaanites etc., who had their own origin and creation stories.

So it’s a physical likeness, so that when we see one another (or at least as we see that in the original creation in Adam) we see a ‘statue’ of God. This is not a dualistic anthropology, it’s holistic.

There are two major meanings of Gen 1

This means humans are meant to be like kings in creation, we have that privileged place in creation. Cf Ps 8: we are ‘crowned!’

All things are under our feet.This is an expression of a kings commission too, to tread (down) all things, conquered and subjected peoples etc under their feet. Cf Victory Stele of King Naramsin, where the deified king is walking on those he has conquered as he ascends toward heaven.

Kings in the near East were Images of the gods. Set apart as a separate species (blue bloods J). Thutmosis IV was the ‘image of Re (sun God).

Therefore the language of Genesis 1 would be understood as that of royal imagery and likeness to deity.

6- 13, describes God. Who is like Him? Who rules like Him? He crushed chaos in creation! With his arm (anthropomorphic) and hand…

20 – 27 describes David. Anointed = Messiah. He has a horn (sign of deity). ‘I will make him the firstborn, the highest of all the kings on the earth’.

Detailed things that are said about God, in the heavens and surrounded by the angels are being stated using common language in different ways about David as a mirror image amongst the kings of the earth. He has been given delegated (cosmic) power as the image of God in creation. He ‘lays his hand on the sea and the river…’ – sharing in the power of God.

Moses had that authority over water, as did Joshua, Elijah and Elisha, in the NT we see Jesus – who gives it to Peter! Maybe this is not just a sign that Jesus is God, it actually shows that he’s fully human. Because Adam was given dominion over heaven, earth and sea, given divine power and privilege. What is true of only kings in other societies, is intended for all humanity – originally created to exercise creative, cosmic power – not just social influence. What incredible potential!

What does this mean for Church Life in the C21st?

There is royal language in Genesis 1, but in the OT kings never explicitly ‘image’ God.

Tselem Elohim (image of God) is equivalent to an idol – a statue of a god.

To liken humanity to a statue of a god is either dangerously careless, or deliberately profound. Genesis 1 is actually a polemic against pagan polytheistic creation stories told by those around the Hebrews.

In the near east of that time in their stories, the sun and moon etc were gods. But Genesis says no there’s only one God. And it’s not creation out of a fight among pre-existing gods but by God.

And humanity is not an afterthought, created as god’s slaves (Enuma Elish), out of the blood of defeated demonic powers to work for them.

No! Humans are created in his likeness, to rest like him. The world is good, ordered, there is one God. People are the pinnacle. All of this stands against the other stories. So how do we understand this use of words that could make one confused about humans being like God’s idols?

Well another way the Hebrews would think about creation was as a giant building, a temple.

So the ‘idols’ are set up in the temple.

Deliberate intention is evident because he could have used many other words, like ‘appearance’. But he talks about us as an ‘idol,’ conjuring up the idea of a cult statue. This is not even just an icon, which you don’t worship. This is something loved, cared for. It’s an extension of the reality of the god. It’s fashioned into the shape of the deity and then decorated with costly stones, precious metals and jewels etc. These statues were not just made they were ‘birthed’ – ceremonially born, as you put the divine life into the image. They were considered living beings, even though they were motionless and dumb.

The craftsmen would (ritually) cut off their hands after making them as if to say, ‘I didn’t make this! It was not made by human hands.’

So the Israelites knew this was the way the nations around them thought and operated. The idol and the god were used interchangeably cf 1 Sam 5:2 – the idol of Dagon WAS Dagon!

The god would be present with you for various reasons, guidance for war, etc. They had various functions and offices and needed to be looked after in particular ways. In the morning you woke them up and fed them, burned incense etc. If you didn’t – that god would not look after you.

So when Alexander the Great came to Tyre, the people tied the statue of Apollo to its base ‘with golden cords’ so he would not leave them! He had to stay – to defend them. He’s present in the object. This is strange to us, the closest we will get to is to think of how Hindus worship.

Why would God then say ‘Don’t make idols?’ Because we don’t need them! Because we are them!

In the Bible, Yahweh does have an appearance in space-time, whenever he appears he appears in human form. Unlike the deities of Egypt. Isaiah 6:1-2 ‘I saw the Lord sitting on a throne…’

Humanity was created to manifest himself in and through. Not as his slaves, but to share God’s own life.

NT Wright ‘Genesis 1 is the temple, and the ‘image’ of the deity as the final piece of the temple – equipment.’

‘The creation of the human as the culmination of creation takes on a stark, polemical significance… to be human means to be created theomorph.’( U. Mauser, ‘God In Human Form’).

What then is Aaron, the high priest, in Exodus 28? Would he not look to them like an idol?

He’s there to ‘make present’ God.

So how does that mean for us today?

Gen 1 = the first Great Commission. To make the image, glory and likeness of God present across the whole earth.

AND he has made himself in some (sovereign freedom) sense dependent (to some extent) on humanity.

Justice is done when we fight for it

Healing happens when we pray for it and study medical science

People meet Jesus through our witness in the power of the Spirit.

So 1 Peter 2:9 says ‘You are a chosen race, a royal priesthood… that you may make known the excellencies of him who called you…’

Ask yourself, ‘What do I have that reflects him?’ That is worship. Giving him worth, from what is worthy of you – in touch with who I am and what I desire.

What is humility? ‘An accurate assessment and acceptance of my strengths and weaknesses submitted to God that I might effectively make HIS life present to the world and in my life.’

You tried to get God’s spirit and life in dead things.

This also has implications for how we treat people. It’s not just that others have ‘dignity’, but how I treat you is inextricable from purity of our worship. (Prov 14:31 … Whoever oppresses a poor man insults his Maker; he who is generous to the needy glorifies him.)

So how I treat you – is an expression of my worship to God. How you speak to and of others, what you see in them, are expressions.

CS Lewis ‘The load or weight or burden of my neighbour’s glory should be laid daily on my back.. it is a serious thing to live in a society of possible gods and goddesses, to remember that the dullest and most uninteresting person you talk to may one day be a creature which, if you saw it now, you would be strongly tempted to worship.’ The Weight of Glory.

So Paul, standing in the midst of the Areopagus, said: “Men of Athens, I perceive that in every way you are very religious. 23 For as I passed along and observed the objects of your worship, I found also an altar with this inscription: ‘To the unknown god.’ What therefore you worship as unknown, this I proclaim to you. 24 The God who made the world and everything in it, being Lord of heaven and earth, does not live in temples made by man, 25 nor is he served by human hands, as though he needed anything, since he himself gives to all mankind life and breath and everything. 26 And he made from one man every nation of mankind to live on all the face of the earth, having determined allotted periods and the boundaries of their dwelling place, 27 that they should seek God, and perhaps feel their way toward him and find him. Yet he is actually not far from each one of us, 28 for “ ‘In him we live and move and have our being’; as even some of your own poets have said, “ ‘For we are indeed his offspring.’

29 Being then God’s offspring, we ought not to think that the divine being is like gold or silver or stone, an image formed by the art and imagination of man. 30 The times of ignorance God overlooked, but now he commands all people everywhere to repent, 31 because he has fixed a day on which he will judge the world in righteousness by a man whom he has appointed; and of this he has given assurance to all by raising him from the dead.”