(I’ve been asked by the guys in the USA to do a snapshot report of the ‘story so far’ and thought I’d share it here for those of you who are interested. This Sunday at Ivy we have another of our monthly days set aside to pray for NewThing and this will help you)

I was just coming to terms with being challenged already from NewThing’s LARN process to step out of my comfort zone as Pastor of a growing network of Ivy churches taking ground here in Manchester and consider the whole of my nation of Great Britain: how to create systems to reproduce networks to attract, train and deploy apostolic leaders?

Many of you will know from the Exponential book one of the main ideas is that you draw your vision on a napkin?

That was one of the biggest challenges because I’m not very good at drawing (Manchester’s easy, just draw a circle for the M60 and drop a few dots all over for churches: Britain’s a lot harder to draw and always ended up looking like two pieces of cheese).

Then in January I went with Dave, Jon, Patrick and others to Nairobi Chapel –  and suddenly this crazy man Oscar Muriu starts drawing the whole world –  he could draw too!

I came back and told our church General meeting the ‘Big Scary Vision’ – that I believed we were being given the opportunity to somehow be at the heart of God’s plan to see 10,000 new reproducing churches around the world by 2020, and our prayer target for NewThing Western Europe was 250 churches (Dave and Oscar kindly added a further 250 churches to that target to make up for my lack of faith).

I’d told the elders I knew that was not what they signed me up for when I started here nearly seven years ago as ‘Senior Pastor’ and I told the church this would mean massive changes. Rather than replace me they rejoiced – and released a bunch of money and my time to help make the vision a reality.

I was starting from scratch, I didn’t know what to do but pray. I set aside a day for that during which I was contacted by a Pastor in London who is church planting there and has gathered thousands before for prayer at Wembley Stadium. I met him the next week in London and we knitted like brothers. He’s been a great connection and is well on board for the vision – I challenged him about reproducing and he’s planted another two churches since then!

It was a privilege to encourage another guy who is a young former Muslim gang member converted in prison through the ministry of my friend Andy Hawthorne. Through meetings online and in person I’ve prayed and watched as he and his wife break entirely new ground in a tough city called Hull. Ivy also helped them financially a few times – what an investment! In just a few months they have grown from 3 to over 80 in attendance every week, pretty much all new people finding their way back to God for the first time.

A Pastor here in Manchester connected, a former bank robber. He has now been made head of his denomination for Europe and got on board. A number of other local, national and international leaders are connecting, some from denominations others not but all with a heart for Relationships, Reproducing, Resources and Residencies.

Another leader has a wealth of experience, headed up various national ministries and many churches, but at the age of 70 felt rather than retire, he and his wife should go and plant one more church. It’s been amazing to partner with them as they have moved from a school hall to a hotel and now to a Vodka Bar for their services, attracting many young people who never went to church before.

A British couple planting in Greece just visited us for the weekend, doing incredible work in a very tough place, baptising some people in the same sea they were pulled out of as refugees. What a picture!

A friend in Sweden has just been made head of his denomination there. He wants to turn the whole denomination around and is partnering with NewThing toward that aim!

A couple from the USA are coming to join us here in the Jesus mission in Manchester – linked through our friend Steve Addison who has helped us turn Ivy even more outward facing and who also heard God right (he’s moved to England too)!

We have our first two Leadership Residents starting in two weeks, doing post-grad theology through Westminster Theological Centre at the learning hub I teach on (accredited by Chester University), as well as practically learning here at Ivy how to lead and follow well.

16 of us will gather for our first 2 day Europe Retreat in October.

I’ve begun with others to dream and plan hosting something like ‘Exponential Europe’ here in Manchester next autumn. Connections are being made with major denominations, agencies and organisations with church planting and evangelism on their radar lining up to be involved.

There are many other stories and other leaders at various stages, all going for the Jesus mission and setting growth and planting goals. We have planted another church already here at Ivy this year and don’t tell anyone but I have the idea of at least another one from Ivy soon, but listen – don’t believe the enemy’s publicity that says the church in Europe is dying.

A lot of cultural Christianity continues to decline but there are so many great things exploding here and in many other streams I haven’t got time to tell!

It’s an exciting journey asking God – What next? Where next? Who next?

As I say that, please keep Dave Ferguson away from the whiteboard – or I’m sure it won’t be long before some NewThing leader starts drawing the moon. 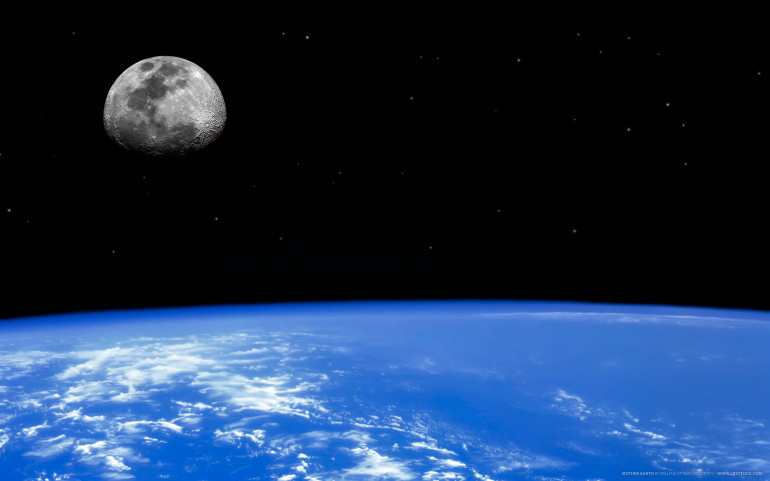