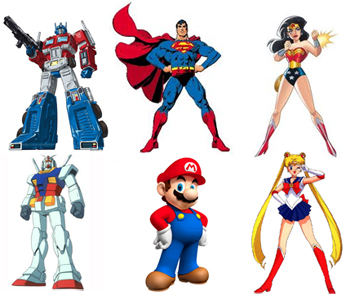 As we prepare for our exciting church multiplication catalyst event LAUNCH 2018 I’m so excited by our theme HERO MAKERS!

I am going to blog some thoughts as I reread and summarise some  thoughts from this great book by Dave Ferguson and Warren Bird. I believe it should be a game changer. If implemented this would be a huge part of recalibrating the church for the reproduction and missional impact we long for.

They open with the story of Barry, a ‘big dog’ successful business leader who felt like something was missing until he started to focus less on his leadership and more on the leadership of others. The words he used next form the basis for the rest of the book;

EVERYONE WANTS TO BE A HERO YET ONLY A FEW UNDERSTAND THE POWER IN BEING A HERO MAKER.

Ferguson then credits Todd Wilson, executive Director of Exponential as an example to him of this kind of leader. ‘He creates the platform – and lets me stand on it.’

Those of us who know both men recognise Dave’s typically understated and humble style – yet he loves to defer to Todd as the genius behind the scenes and there’s no doubt (I’ve found on numerous mentoring calls and meetings re Launch) that Todd is a definitive hero maker.

Another friend (and former Launch speaker!), Steve Addison is then quoted, ‘movements are started by leaders who have died to their own success.’ Why? The way to maximise your leadership and multiply your kingdom impact, whether right now that is ten or ten thousand, is to become a hero maker.

Rather than claiming this as some new discovery, the writers point out that Jesus’ strategy for the growth of God’s kingdom in this world was to focus not on the number of crowds he was attracting but rather the number of called, trained, empowered ‘workers for the harvest.’ Jesus multiplied himself – through others.

Now when we make the choice to become a hero maker, we get the same chance to change the world, by changing others.

I’ll wrote some more blogs on this topic but I urge you to buy the book! And this November join the hundreds of leaders already booked in at Launch 2018 before the price jump if you can, where Dave will join us live to unpack the ideas in detail – together with some of the most awesome hero making leaders you’ve ever met.