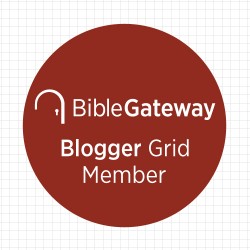 One of my favourite author/ speakers died last year – his name was Brennan Manning. If you have ever read ‘Ragamuffin Gospel’ you’ll never forget it.

I have read lots of what he’s written and listened to many of his talks, but it was only this week I heard the amazing story about how he got the name “Brennan.” Because his real name was Richard Xavier Francis Manning – a good Irish catholic name, to be sure.

While growing up, his best friend was Ray. The two of them did everything together: went to school together, bought a car together as teenagers, double-dated, and so forth. They even enlisted in the Army together, went to boot camp together and fought on the frontlines together in the Korean War.

One night while sitting in a foxhole, Brennan was reminiscing about the old days in Brooklyn while Ray listened and ate a chocolate bar. Suddenly a live grenade came into the trench. Ray looked at Brennan, smiled, dropped his chocolate bar and threw himself on the live grenade. It exploded, killing Ray, but Brennan’s life was saved. 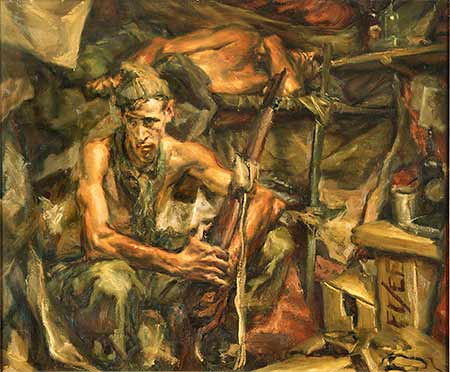 When Brennan became a priest he was instructed to take on the name of a saint. He thought of his friend, Ray Brennan. So he took on the name “Brennan.”

Years later he went to visit Ray’s mother in Brooklyn. They sat up late one night having tea when Brennan asked her, “Do you think Ray loved me?” Mrs. Brennan got up off the couch, shook her finger in front of Brennan’s face and shouted, “What more could he have done for you?”

Brennan said that at that moment he experienced an epiphany. He imagined himself standing before the cross of Jesus wondering, Does God really love me? And Jesus’ mother Mary pointing to her son, saying, “What more could he have done for you?”

We sometimes might wonder, Does God really love me? Am I important to God? Does God care about me?

We might look at our church and think about making big plans and whether it’s really possible for us to make a massive impact on the city. Will God give us what we need?

The answer is in Romans 8:32 He who did not spare his own Son but gave him up for us all, how will he not also with him graciously give us all things?

What MORE could he have done for us?

And how do we honour what Jesus has already done for us?

1) By being really, deeply, increasingly GRATEFUL and…

2) By asking for MORE. Because that shows we know what a kind God he is, so we can ask again.

Saul of Tarsus never got over God saving him. He never got tired of telling the story of his conversion. Over and over, just look through the book of Acts, he’s unstoppable, every chance he gets. Later he writes –

1 Tim 1:12 I am grateful to Christ Jesus our Lord, who has strengthened me, because he judged me faithful and appointed me to his service, even though I was formerly a blasphemer, a persecutor, and a man of violence.

Paul says he was once so far away. Anti-God and he didn’t even know it. Religious but self-righteously so wrong – about everything. Some of us know the feeling.

Likewise, I never want to get over the most important thing that ever happened in my life, when Jesus Christ saved it, revealed his love and his glory to me, and I wasn’t even his friend – I was his enemy.

I threw the grenade he fell on! He died in my place. He was battered and whipped and suffered for my sin. He shed his bled for me. What more could he have done for me?

But then there was more. Always more.

I’ve been a moaner and a worrier and a complainer at times. I’ve not been anything like as appreciative as I should have been of people who have helped me so much through the years, or the God who put them there so many times. But he has forgiven me of so much, protected me, rebuked me, kept me from falling countless times. Wow.

What more could he have done?

The list is endless. Because there was always more. He has been pleased to use me. Called me to serve him full time, for which I am eternally grateful. What more could he have done?

But then there was more! 5 and a half years ago he called us back to this city with this personal promise from Genesis 31:3 right at the centre of the call here to Manchester: The LORD said…”Return to the land of your father and grandfather and to your relatives there, and I will be with you.”

Who wants normal?! Normal is over-rated, and underachieving.

In the last 5 and half years God has done so much for us. I am stunned as I consider how many hundreds of people he’s added to the family. Just looking back over the last year! WOW. What more could he have done for us?!

Phil 4:6 says Do not worry about anything, but in everything by prayer and supplication with thanksgiving let your requests be made known to God.

We have some major building plans before us as we look to transform our existing building into a missional hub. That involves bigger financial targets, as we prepare to grow a national church planting network as part of New Thing, a global network we belong in now. This year we plan to do more mission, plant more Ivy churches, train more and more leaders, make more disciples, and reach more places in the nation and the nations.

How much should we pray about, ask God about, make requests about? ALL OF IT.

But the phrase I want to underline here, is ‘WITH THANKSGIVING’.

Because I’m in danger of taking so much for granted.

I know as a ‘Go for it’ leader there are times when I have been very focused on the front end at times of getting people on board with the projects, but not thankful enough for those who didn’t just get onboard but without whom we’d never have a hope of getting there.

Elders, staff (Past and present), buildings team, children’s and youth workers, coffee makers, chair putter outers, welcomers, generous givers, sound team, worship team, missions team, Ivy team. Sundays and through the week. There’s so much going on – life bursting out everywhere and I can’t catalogue it and I literally CAN’T thank everyone, enough. But I’m sorry when I didn’t.

And I just owe God so much, I know I am a favoured man. God’s been so good to me. But at times I’ve just been good at asking and whatever supplicating means and making my requests known – but paid so little attention to the thanksgiving that was missing.

One thing I used to love when I was leading an Anglican church, there were some great prayers people had written to help you pray. Sometimes the words, written centuries before, would just resonate. There’s one for when you’re just generally thankful – but especially for Jesus. That has always been a favourite!

How much MORE could He do for us?

It’s Ivy’s year of more. I believe it, even though I don’t know much of what it entails, we make the path as we step into it.

But even if he never did anything more for any of us; we owe our ultimate gratitude for God’s ultimate gift, as these words from the C16th remind us. Why not pray it where you are?

Almighty God, Father of all mercies,  we thine unworthy servants do give thee most humble and hearty thanks  for all thy goodness and loving-kindness  to us and to all men.

We bless thee for our creation, preservation,  and all the blessings of this life;  but above all for thine inestimable love  in the redemption of the world by our Lord Jesus Christ;  for the means of grace, and for the hope of glory.

And, we beseech thee,  give us that due sense of all thy mercies,  that our hearts may be unfeignedly thankful;  and that we show forth thy praise,  not only with our lips, but in our lives,  by giving up our selves to thy service,  and by walking before thee  in holiness and righteousness all our days;  through Jesus Christ our Lord,  to whom, with thee and the Holy Spirit,  be all honour and glory, world without end. Amen.