Everyone on the planet is on a search for joy, but paradoxically most of those searching for it end up with broken lives and disappointment. Bertrand Russell had lots of money, sex and power, yet said ‘The centre of me is always and eternally a terrible pain – a curious wild pain – a searching for something beyond what the world contains.’ Where do you find what he (and everyone else) was looking for? Well CS Lewis said, “If I find in myself desires which nothing in this world can satisfy, the only logical explanation is that I was made for another world.” Do you find yourself longing for home? Lonely in a crowd? You were made for more! You were made for joy! Joy that’s not dependent on circumstances.  Krish once lived in Albania. He saw an eagle – the national bird – but it was in a cage, slowly disintegrating itself because of being bound in its circumstances. The apostle Paul was not confined by his circumstances. We can learn from him. Paul was in prison when he wrote […]

Would the people who know you best say you’re becoming more like Jesus in that area now than you were a year ago?

“..the hardest boiled of all the atheists I ever knew sat in my room on the other side of the fire and remarked that the evidence for the historicity of the Gospels was really surprisingly good. “Rum thing,” he went on. “All that stuff ….. about the Dying God. Rum thing. It almost looks as if it had really happened once.”

Notes from lecture at RZIM by John Lennox Reasonable Faith. When he started at Cambridge – someone said to him, ‘Oh you’re Irish, you all believe in God, and fight about him.’ He started to engage more with non believers. Has done so in unusual places. Eg communist atheism.  Russia. More recently debating eg. Hitchens and Dawkins. Comes from the conviction that Christian faith is not only helpful, but TRUE. And if we do not stand up, secularism or atheism will appear to win. 1 Peter 3.13 Can anyone really harm you for being eager to do good deeds? Even if you have to suffer for doing good things, God will bless you. So stop being afraid and don’t worry about what people might do. Honor Christ and let him be the Lord of your life. Always be ready to give an answer when someone asks you about your hope. Give a kind and respectful answer and keep your conscience clear. This way you will make people ashamed for saying bad things about your good conduct as a follower of […] 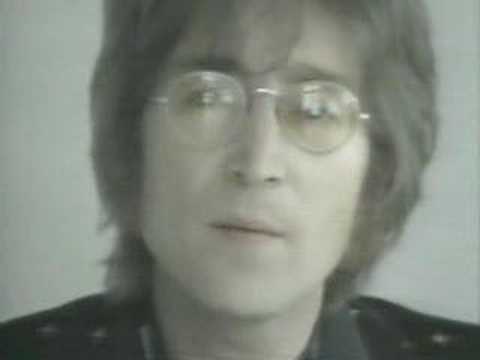 Next Sunday we start a series of talks (me first) based on John Lennon’s song, Imagine. I do like the song musically etc., grew up with it – but it just says so many things that I don’t think of as actually utopian. CS Lewis had entirely the opposite view: Aim at heaven and you will get earth thrown in. Aim at earth and you get neither. I’ve been to the top of some impressive mountains, sat on idyllic beaches in various places, bought some cool stuff. But you always end up after the latest adventure or acquisition with the same question – “What’s next?” That longing for something more, better, above…where/Who does that come from? We’re not home yet. Where’s John Lennon now? Lewis said in Mere Christianity something to the effect that if people have no desire for heaven, then their presence there would only spoil it so why would God force them to go? (pg 63) The point is not that God will refuse you admission to His eternal world if you have not certain qualities of […]